Luxor from Cairo by plane 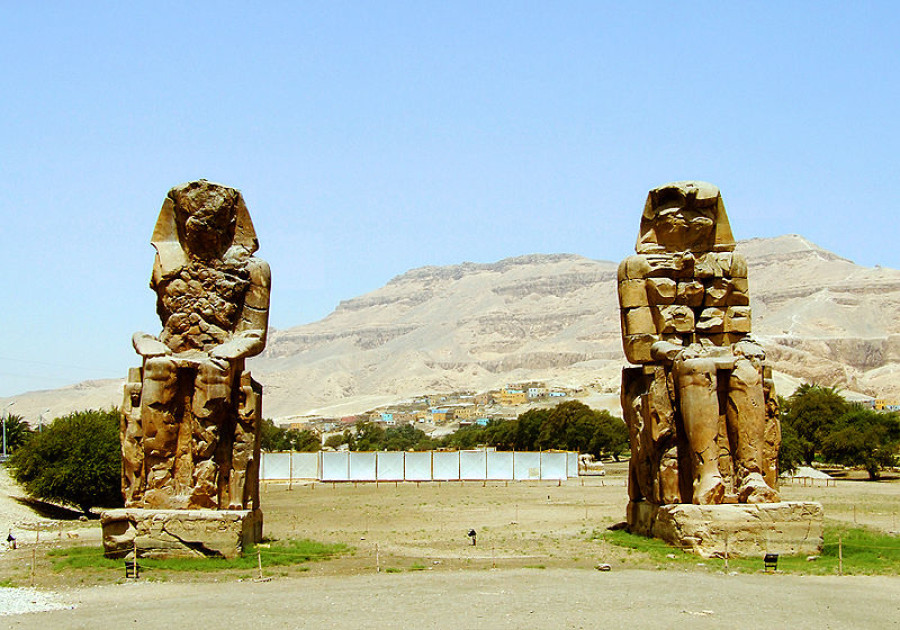 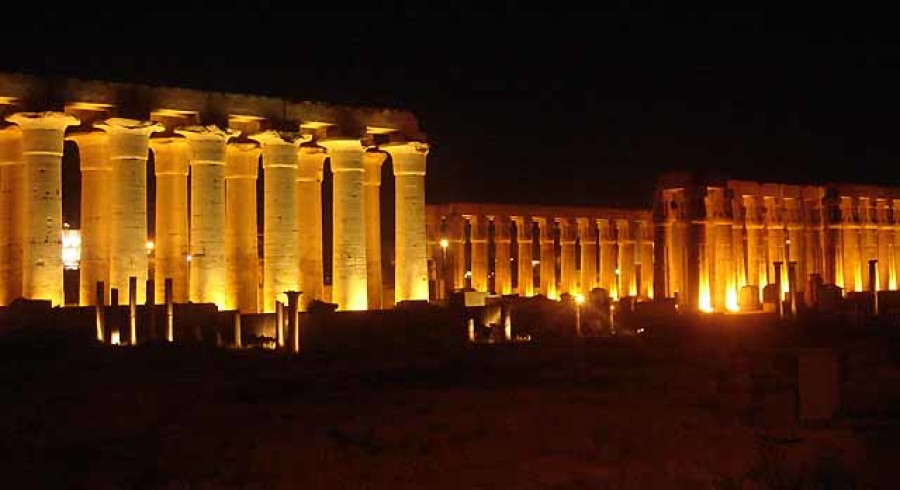 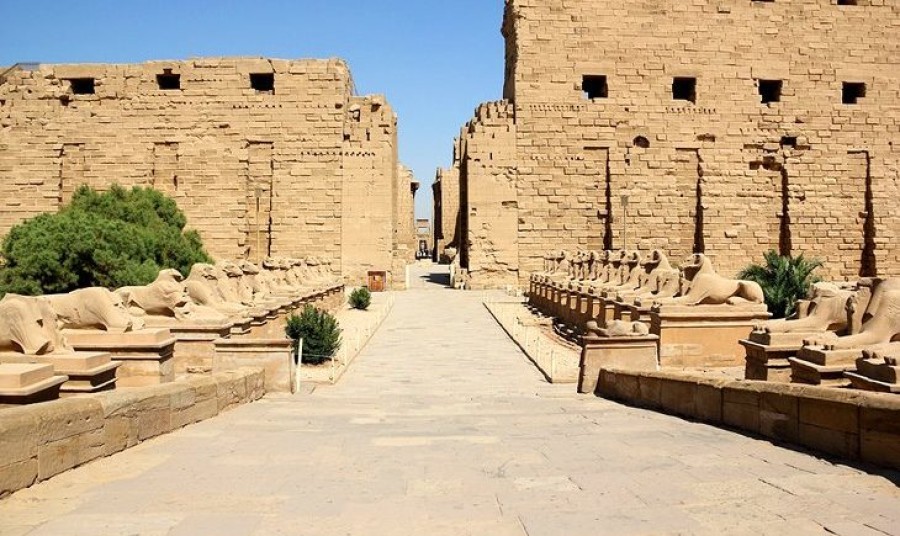 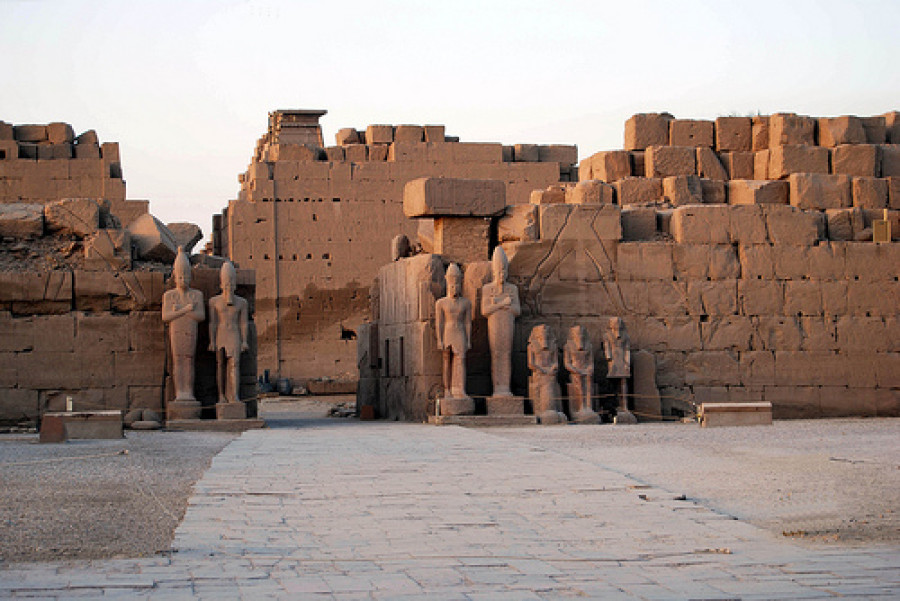 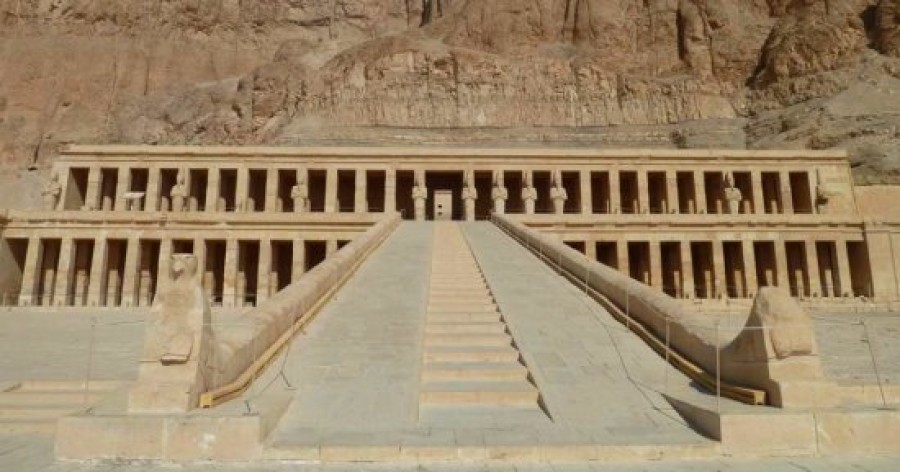 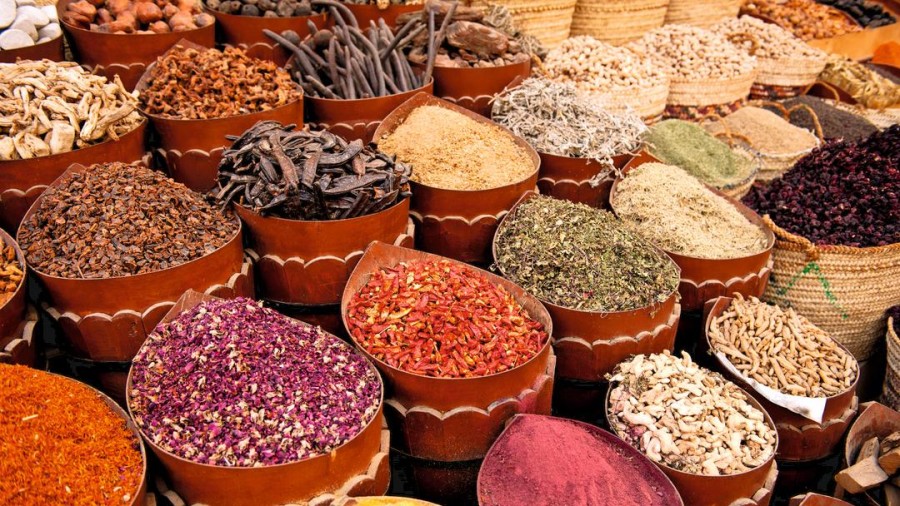 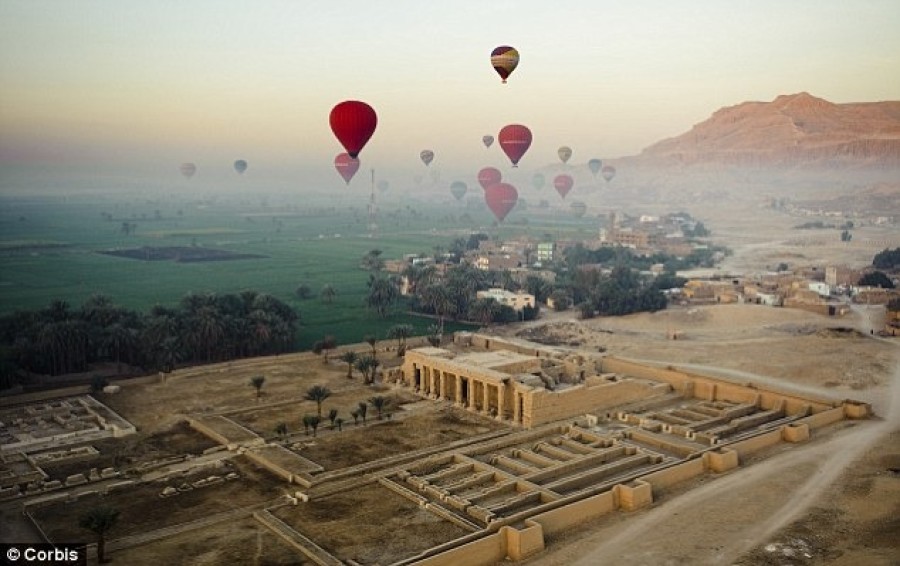 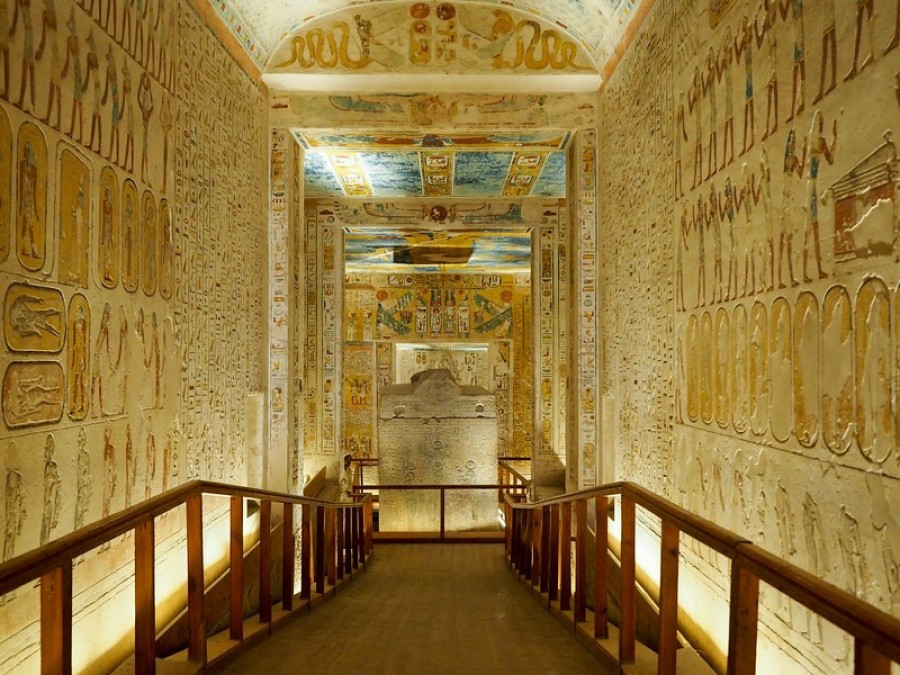 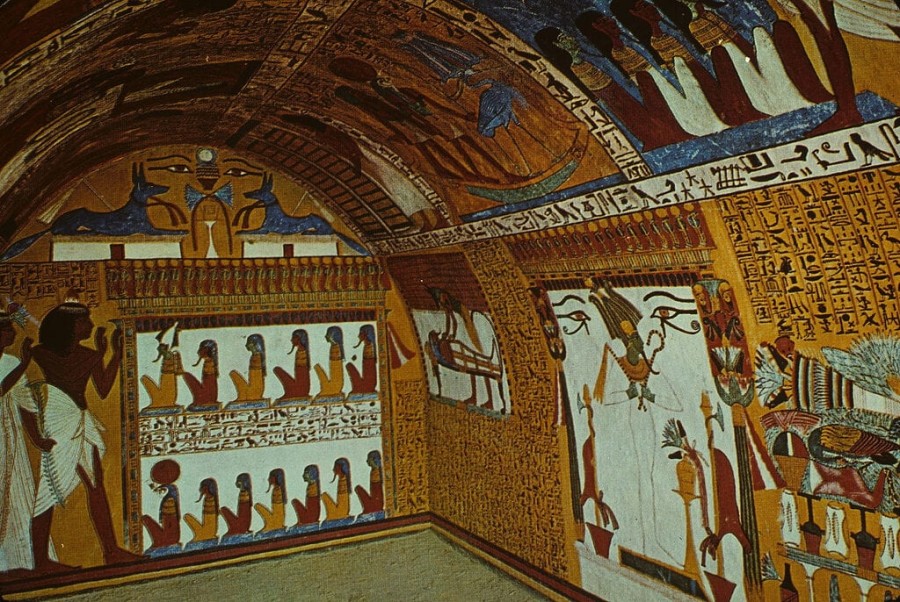 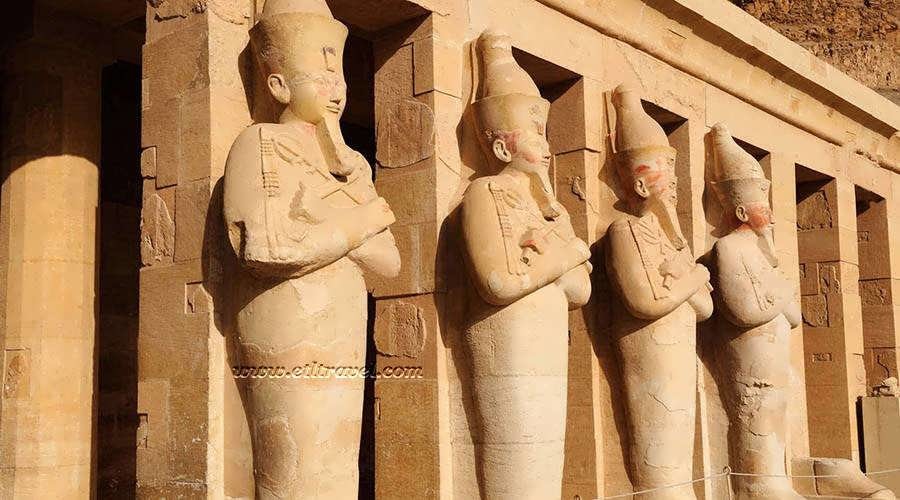 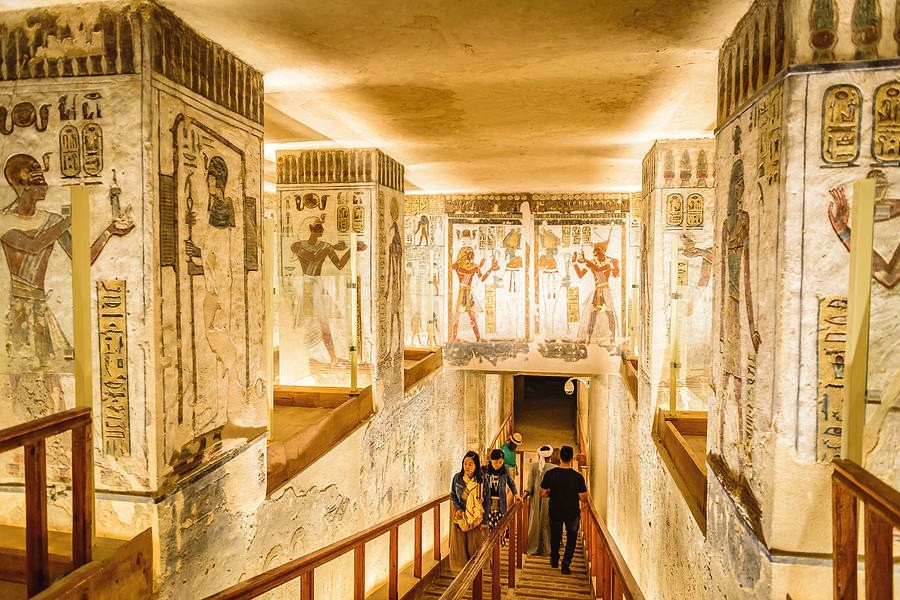 If you have little time in Egypt and want to visit the most important part of Thebes, we organize a tour to the western and eastern banks in just one day, it can be from your hotel in Luxor, and it can be from Cairo by plane

Early morning our representative of Nile Dream tours will pick you up from your hotel to Cairo airport to catch your flight to Luxor upon arrival you will visit the following ;

Valley of the Kings is one of the oldest Royal burial places in all over the world. It consists of more than 60 rock-cut tombs carved out of a big mountain which looks like a huge natural Pyramid overlooking the Nile on the west bank of Luxor, more than a third of this number of tombs used for burying the great pharaohs ruled Egypt from  16th century to 11th century B.C which considered the glamorous days of Ancient Egypt known as the New Kingdom period (18th, 19th and 20th dynasties), such as the famous pharaohs Thotmosis lll, Sity l Ramses ll, Ramses lll etc. Each tomb consists  of 3 or 4 large corridors decorated with bright and colorful scenes, paintings and carvings representing philosophical ideas and future vision of the Hereafter, which explained and illustrated in 9 Holly books such as the book of deads, the book of caverns etc..., those large corridors end by the most important point of the tomb which is the burial chamber  supposedly to have the most valuable objects of the treasure buried around the Pharaoh's mummy, as well we can see a very large painting of goddess Nut the goddess of the Sky and the journey of day and night, some of these burial chambers still has the sarcophagus   you hardly believe it is cut out of single piece of granite brought from Aswan quarries 130 miles south of Luxor and taken dawn more than 300fts into the mountain, So many excavators worked in Valley of the Kings, such as Howard Carter who discovered the discovery of the discoveries of the 20th century which is the intact tomb of King Tut Ankh Amon occurred in 4th of November 1922

The Mortuary Temple of Queen Hatshepsut is one of the best architectural buildings; it consists of three levels connected and has different scenes on its walls that represent the queen's divine birth and commercial expedition to the land of Punt. The temple is mainly dedicated to worshipping the god Ammon-Ra, the Colossi of Memnon, are two statues that represent Pharaoh Amenhotep III in a Seated Position in front of his funeral temple.

We will go to the other side of the Nile and after lunch, we visit the two temples of the east bank of the Nile.

The Egyptians believed that towards the end of the annual agricultural cycle the gods and the earth became exhausted and required a fresh input of energy from the chaotic energy of the cosmos. To accomplish this magical regeneration the Opet festival was held yearly the procession began at Karnak and ended at Luxor Temple

Karnak Temple. A city of temples built over 2,000 years, it is the largest religious building ever made, covering about 1.5 km by 0.8 km could hold ten average European cathedrals. The great temple at the heart of Karnak is so big that St Peter’s, Milan, and Notre Dame Cathedrals would fit within its walls, with the largest number of pylons in all the Egyptian temples dedicated to the sacred triad of Thebes Gods, Amun, his wife Mut, and their son Khonsu

Luxor Temple Lying at the other end of Thebes connected with Karnak by the avenue of sphinxes the temple was built by Amenhotep III completed by Tutankhamun and Horemheb from the XVIII dynasty and finally, Ramses II from the XIX dynasty added the first pylon later the sanctuary was reconstructed by Alexander the Great, after the visit you will be transferred to Luxor airport to take your flight back to Cairo where you meet your representative and return to your hotel.

2-The temperature of the guests will be measured daily, excluding those maintaining in quarantine and display fever or symptoms, those with a temperature of more than 37 degrees Celsius(99 Fahrenheit) will be full refunded.

Cruise from Luxor to Aswan
from $ 680

Luxor from Cairo by plane
Contact Us
Got a question ? We'd love to hear from you. Send us a message and we'll respond as soon as possible
Success
Your message was successfully sent. We will contact you shortly