Beni Hassan and Amarna from Cairo 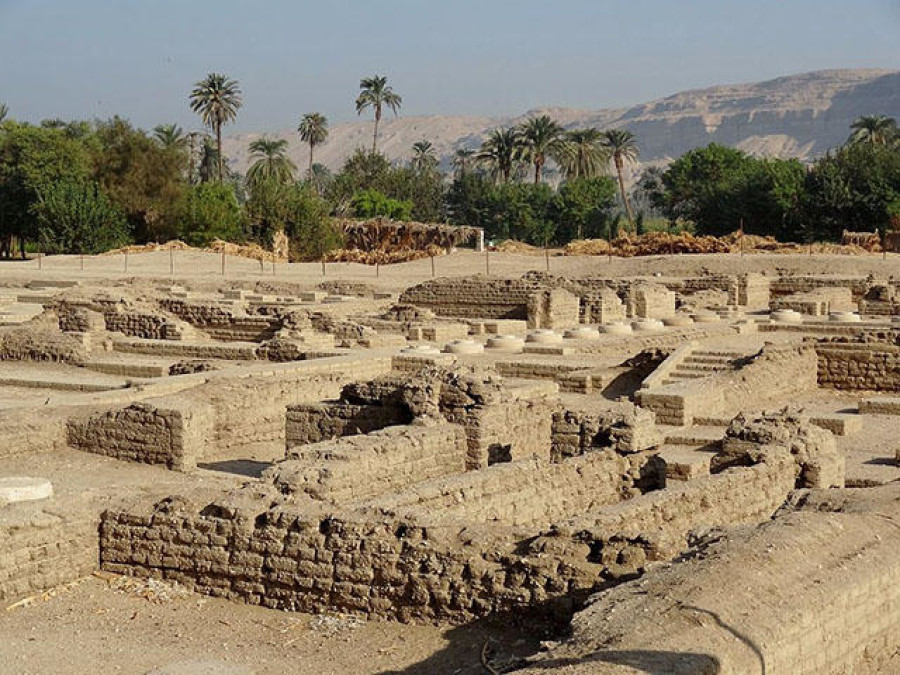 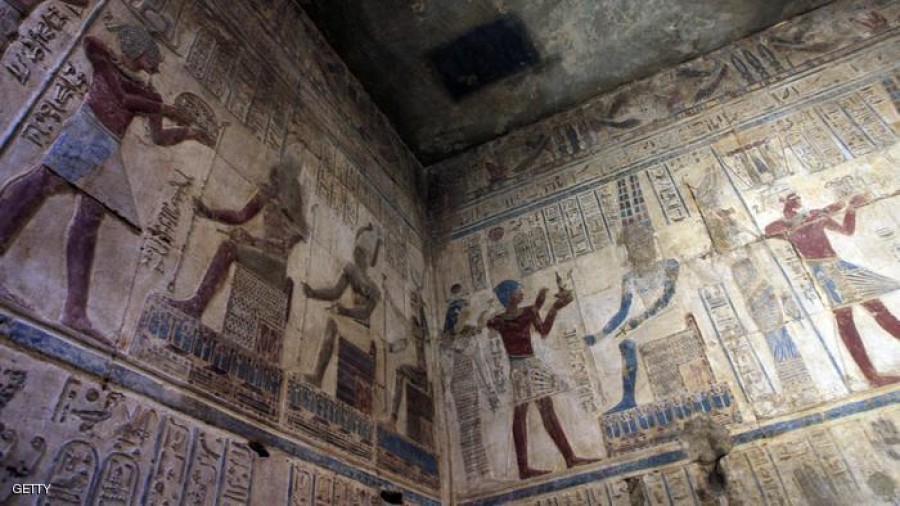 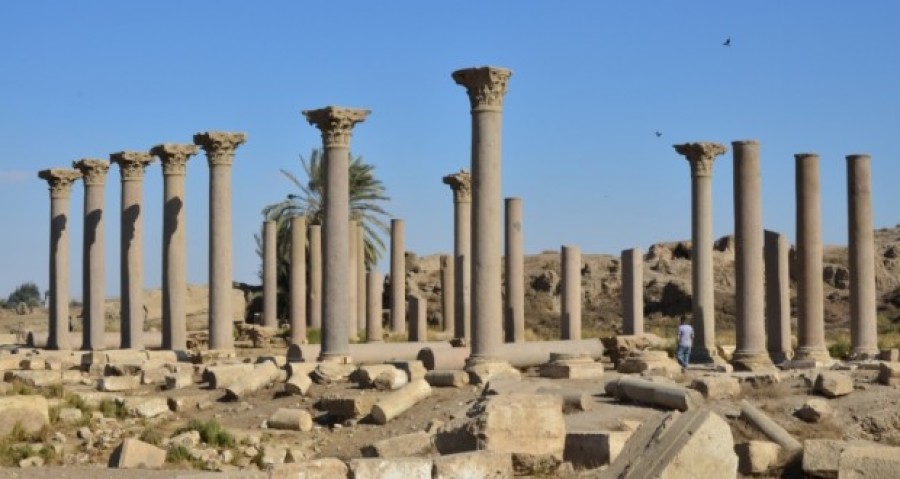 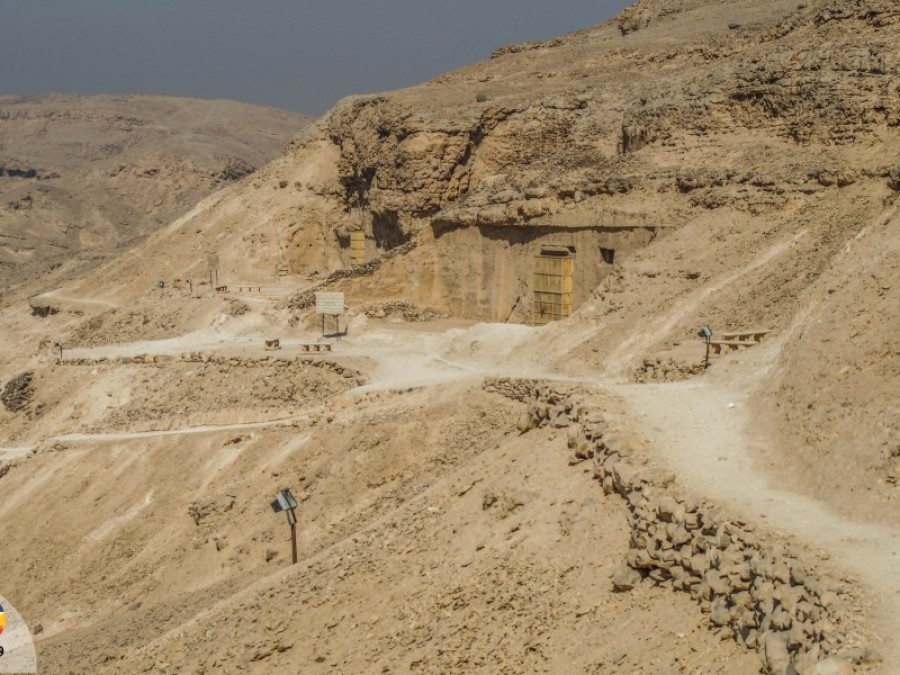 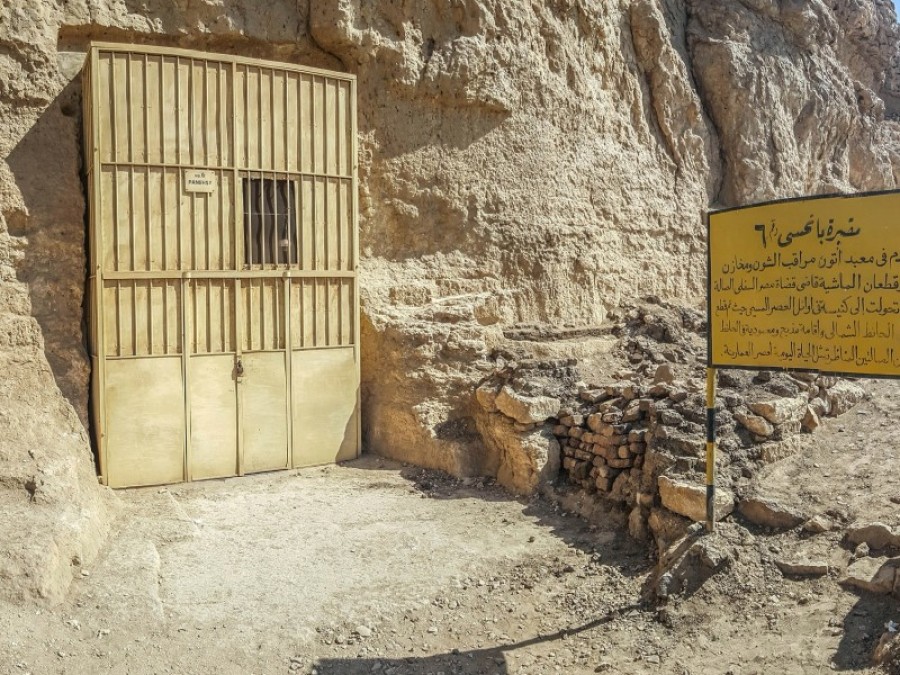 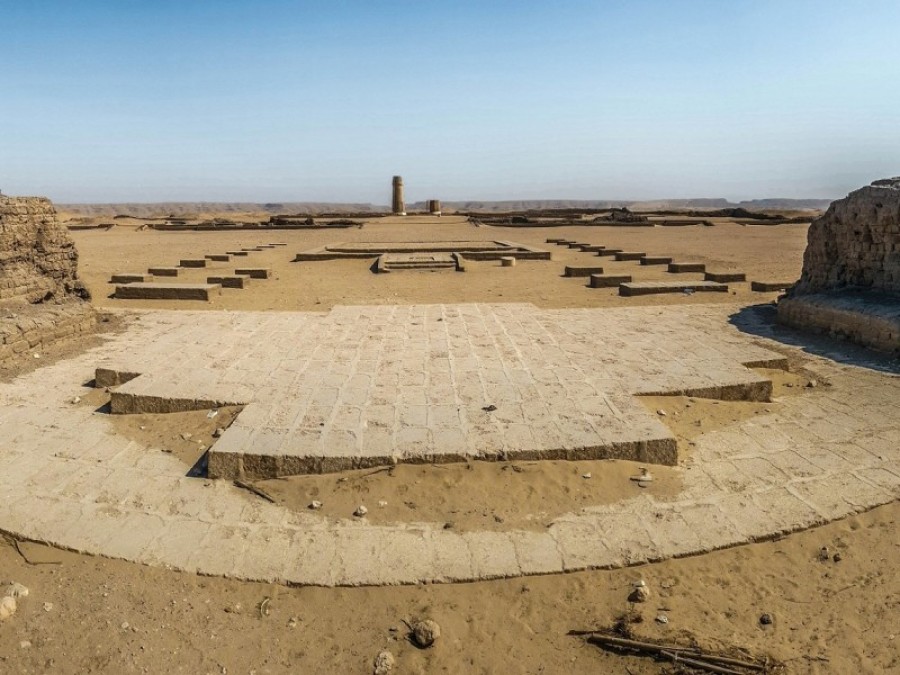 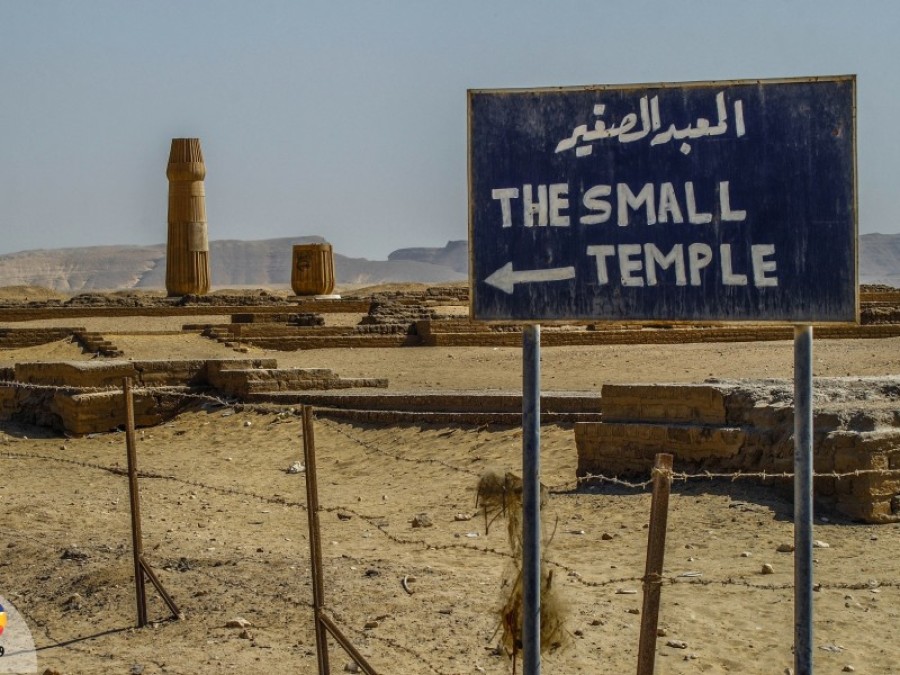 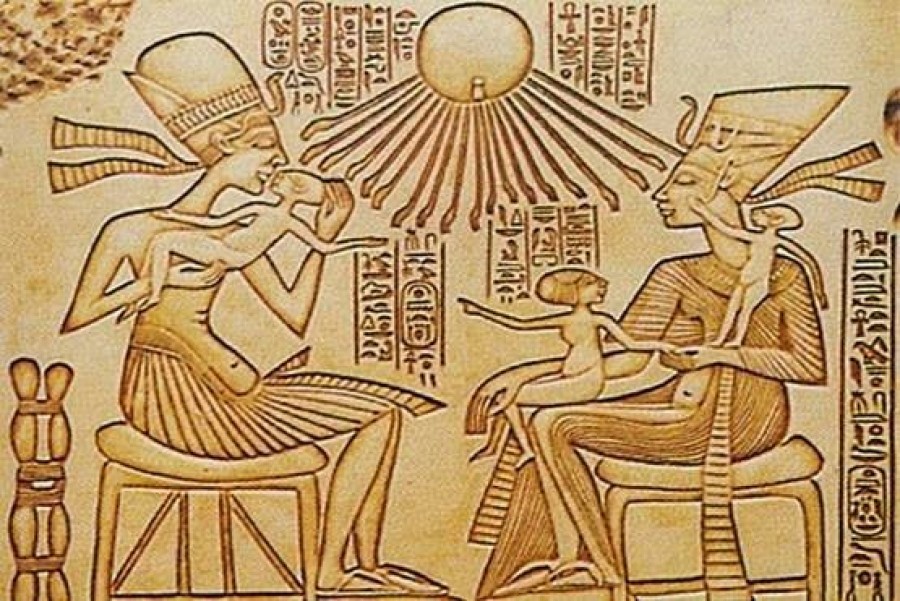 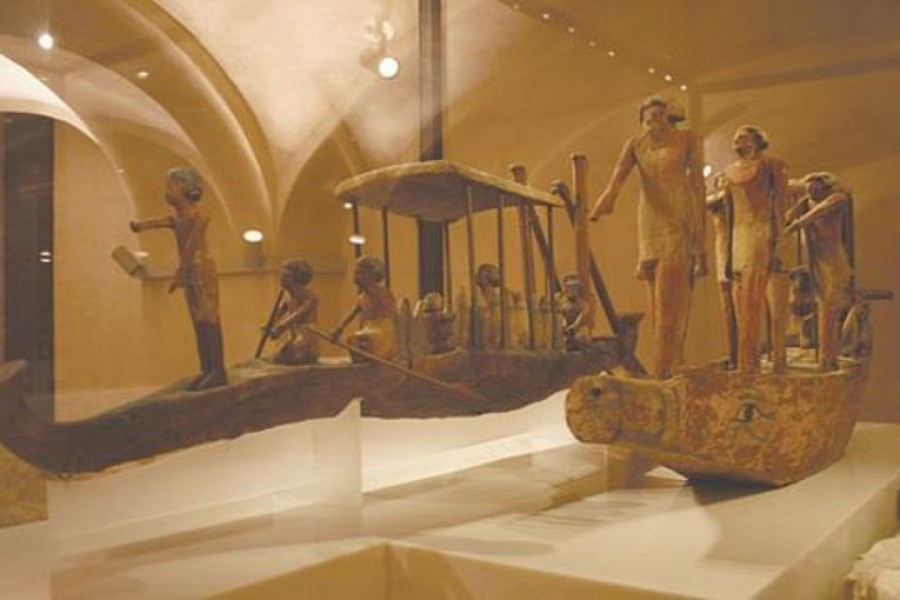 Enjoy a day tour from Cairo visiting the most famous rock-cut tombs of Bani Hassan in Middle Egypt, decorated with  paintings of great interest such as hunting, fighting and wrestling  also we give you the opportunity to visit El Amarna a virgin land, which was chosen by king Akhenaton to be his new capital and the first center of monotheism in the history 1400 bc

After breakfast at your hotel in Cairo you will be transferred southward to AL- Minia about 3 hours, (300 km.), you will start the tour visiting the Necropolis of Beni Hassan. The tombs date mostly to Dynasties XI and XII .12 tombs are decorated, and four are open to visitor characterized by painted scenes of daily life, recreation and military activities.

Baqet was provincial governor of Menat-Khufu (modern el-Minia) during the later years of Dynasty XI. The walls of the tomb have many painted scenes depicting the desert hunt, Industrial scenes of weaving and spinning, hunting and fishing in the marshes, catching birds and gathering papyrus, battle scenes, wrestlers, funerary scenes, also includes recreational scenes of sports and playing senet

Was the son of Baqet. His tomb is similar to that of his father’s, the walls of the tomb are decorated with scenes of fowling and the papyrus harvest, hunting in the desert. Khety and his wife are shown presiding over the activities and watch women dancing and playing games, Clappers and dancers and musicians are shown before Khety’s statue being dragged on a sledge. There are long scenes of men practising unarmed combat or wrestling. The movements can be seen easily because the bodies are painted in contrasting shades

Dates to Dynasty XII, he was the last governor of the province during the reign of Senwosret I. The walls have scenes of agriculture and industries, hunting in the desert, military activities and funeral rites with offering-bringers.  Amenemhet sits with his wife at a table containing all the produce of his land.

Khnumhotep II was a successor of Amenemhet His titles include ‘Hereditary Chief’ ‘King’s Acquaintance’ and ‘One who is Beloved of his God’. The scenes are more colorful and livelier and make it the most interesting of the Beni Hasan tombs. On the north wall is a famous scene depicting a caravan of Asiatic in their striped robes bringing gazelles and other items to trade, also two beautiful scenes of Khnumhotep with his family, fowling and snaring birds in the marshes in a papyrus skiff. On the base of the wall can see Khnumhotep’s well-preserved autobiographical text. There is a magnificent view from up the mountain

After finishing the visit we go to Amarna about 40 km south of Beni Hassan. To the north and south of the city of Akhenaton, There are the tombs of the officials of the court of Akhenaton, containing many scenes depicting the royal family in the distinctive style of Amarna art. Between the north and south tombs lies the entrance to the Royal tomb in which the king’s own tomb is carved

Tomb of Ay -25 one of the southern tombs

Ay was actually buried in his royal tomb at Thebes, but his Amarna tomb reflects his earlier powerful position in the city. His titles include ‘God’s father’, ‘Fan-bearer on the Right Hand of the King’ and ‘Overseer of all the Horses of the Lord of the Two Lands’, as well as ‘Royal Scribe’ and ‘Chief of Archers’. In the entrance to the tomb on the left-hand wall, Ay is depicted with his wife Tiye in a very beautiful carving below the royal family worshiping the Aten. On the right-hand side, Ay and his wife adore the god Aten with a relief of the ‘Hymn to God Aten

Tomb of Meryre -4 one of the northern tombs

The most beautifully decorated and most elaborate of the Northern tombs. He was 'High Priest of Aten and ‘Fan bearer on the King’s Right Hand’. In the entrance to the antechamber, Meryre  adores the rising sun, with prayers to the Aten. At either side of the antechamber, false doors have been carved and decorated with tall floral standards and cartouches of the King and the Queen and the Aten.  To the right of the doorway is a colorful depiction of Akhenaten and his wife Nefertiti with two of their daughters (Meritaten and Meketaten), presenting a laden offering table to the Aten. A multicolored rainbow is shown below the sun disc. Meryre as high priest is the figure in front of the King. Following the wall around to the left, Meryre accompanies the royal family on a visit to the Great Aten Temple. Many soldiers, attendants and foreign representatives accompany the procession.

The tomb was first found in the 1880s by locals it was already robbed and damaged it may have been designed to allow the sun rays to illuminate the tomb each morning. In one of the side rooms, there are important scenes depicting the king and queen mourning the death of a woman on a funeral procession, and also you can visit the ruins of the palaces and the temples and the boundary stela.

After the tour, you get a lunch in a local restaurant, and you go back to Cairo.

NB: In case of pickup from Heliopolis, the Fifth Settlement, or 06th of October Areas, there is supplement $10 per person.

• Late lunch at a local restaurant

Luxor from Cairo by plane

Beni Hassan and Amarna from Cairo
Contact Us
Got a question ? We'd love to hear from you. Send us a message and we'll respond as soon as possible
Success
Your message was successfully sent. We will contact you shortly