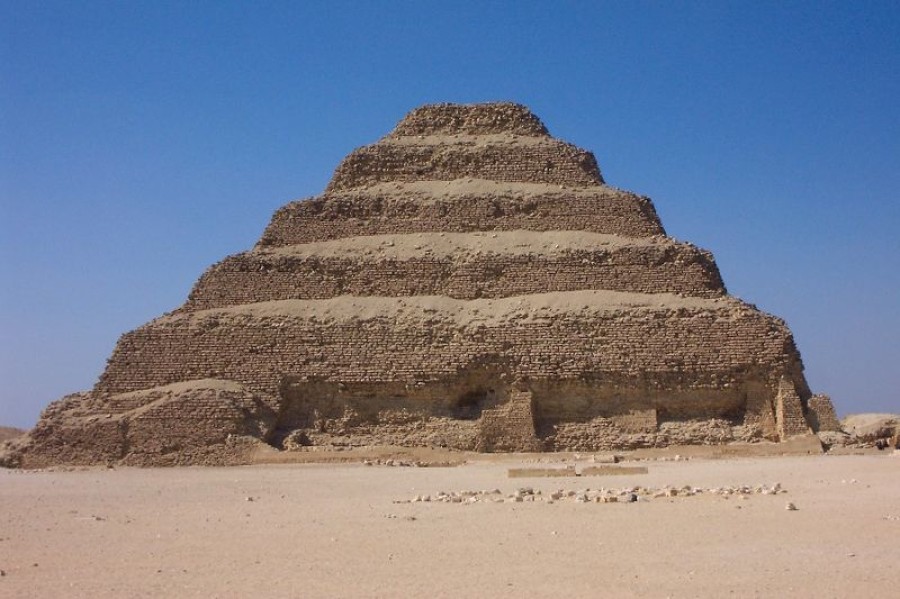 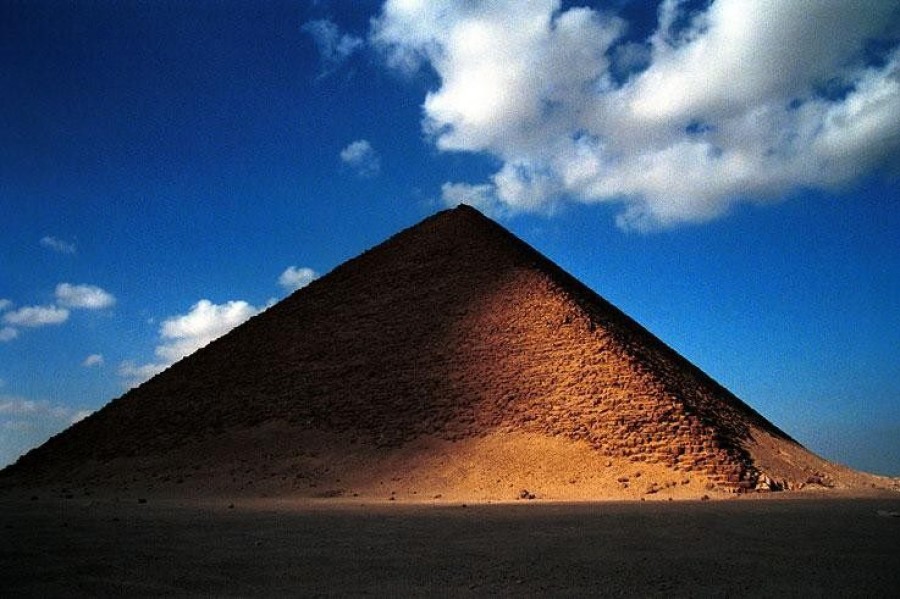 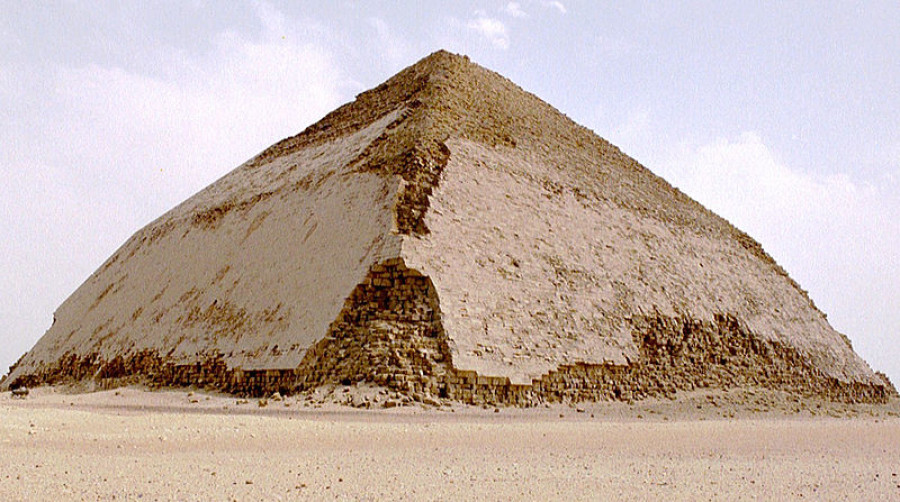 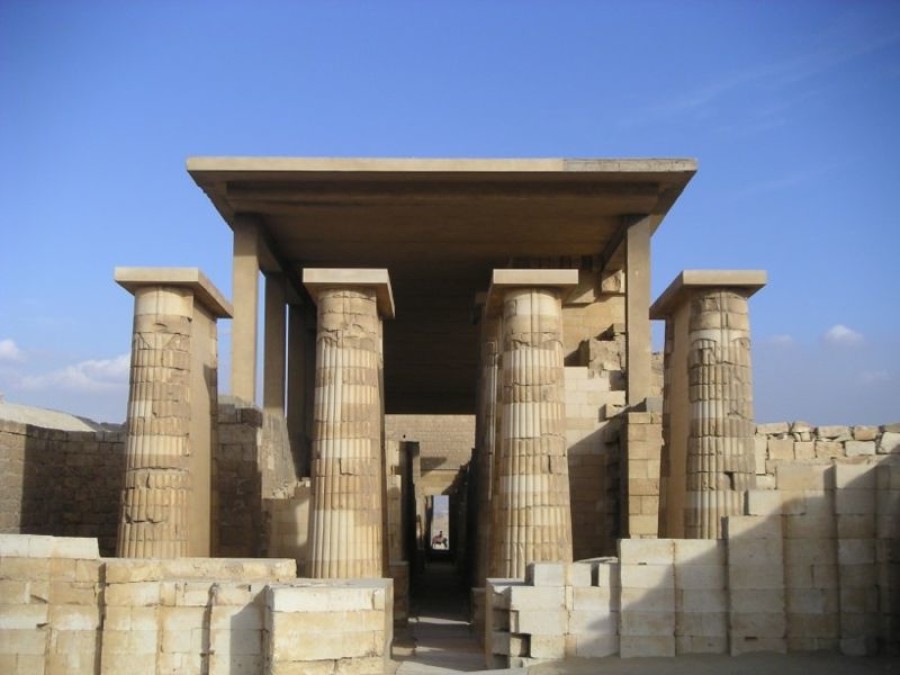 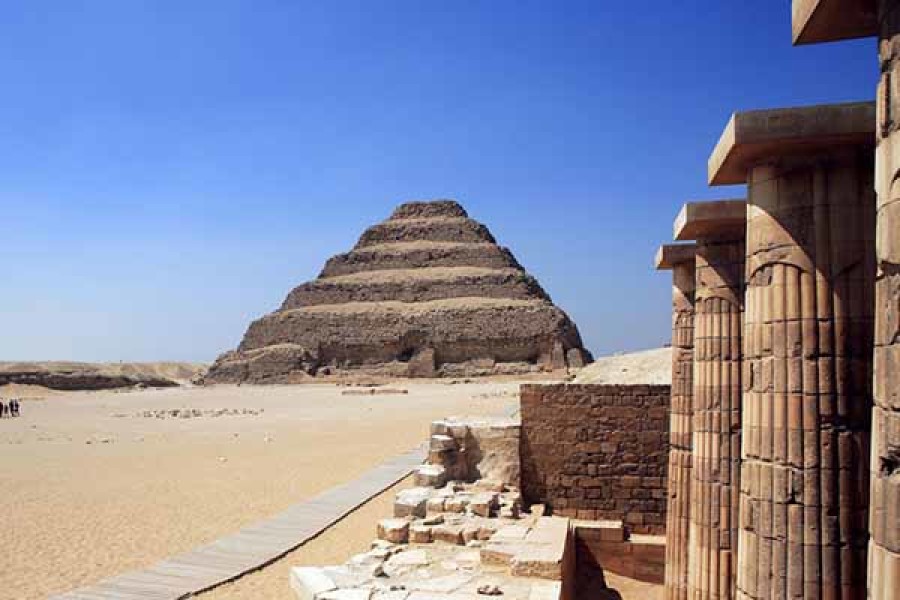 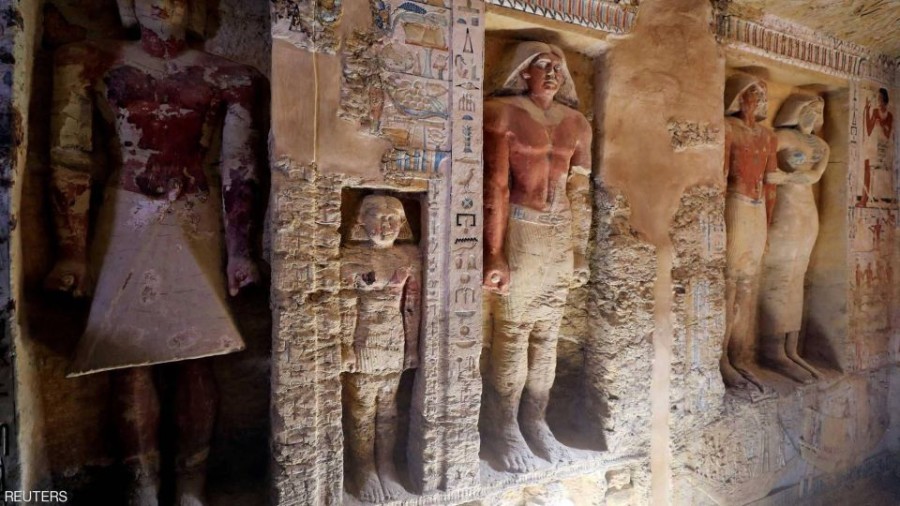 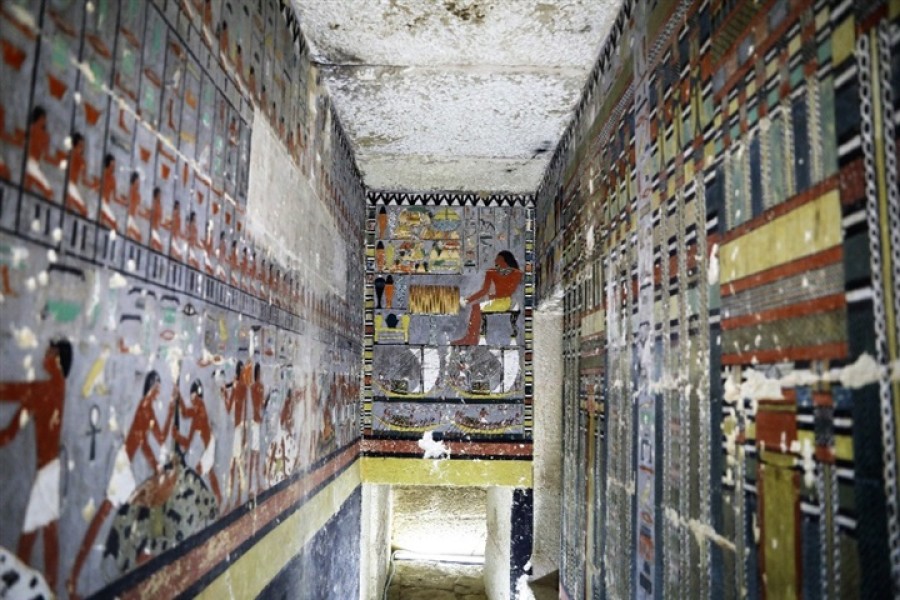 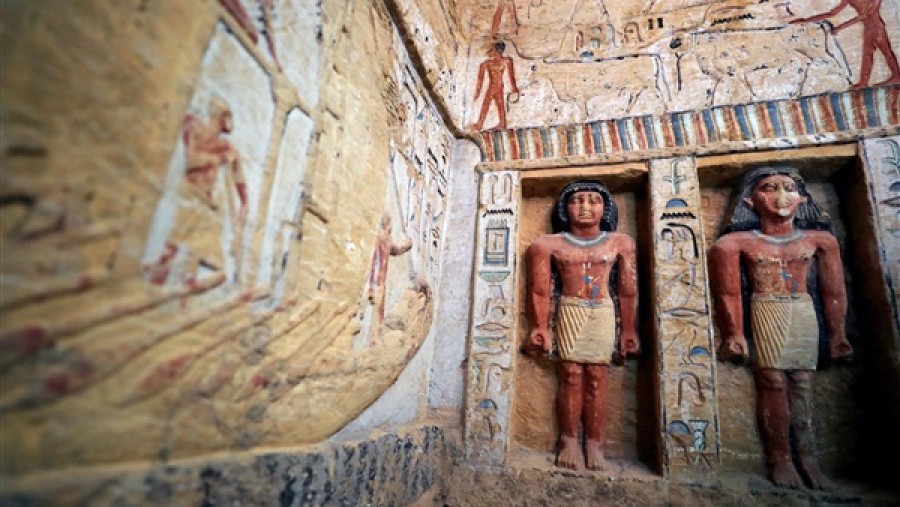 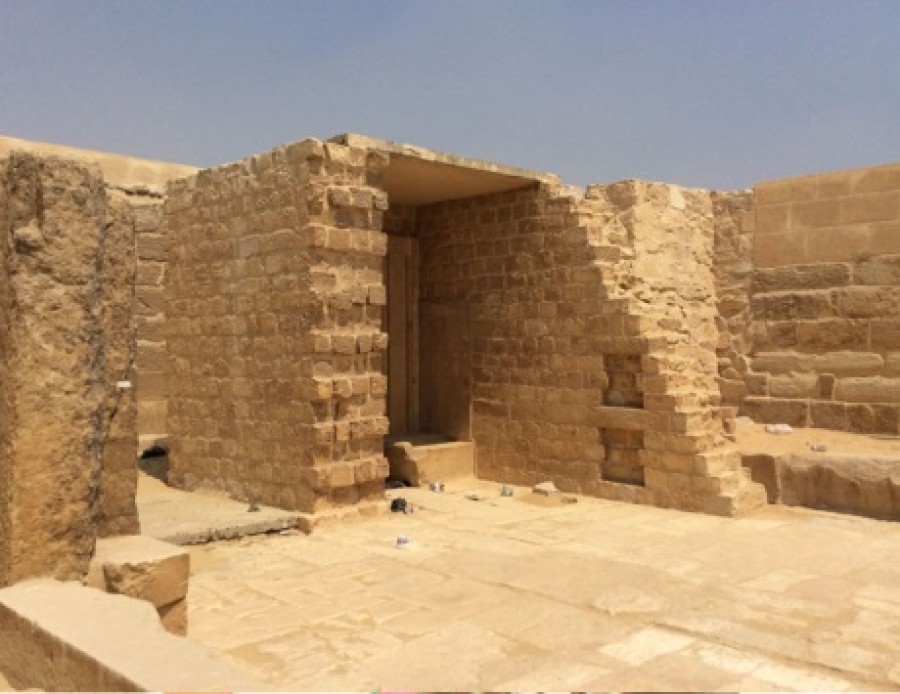 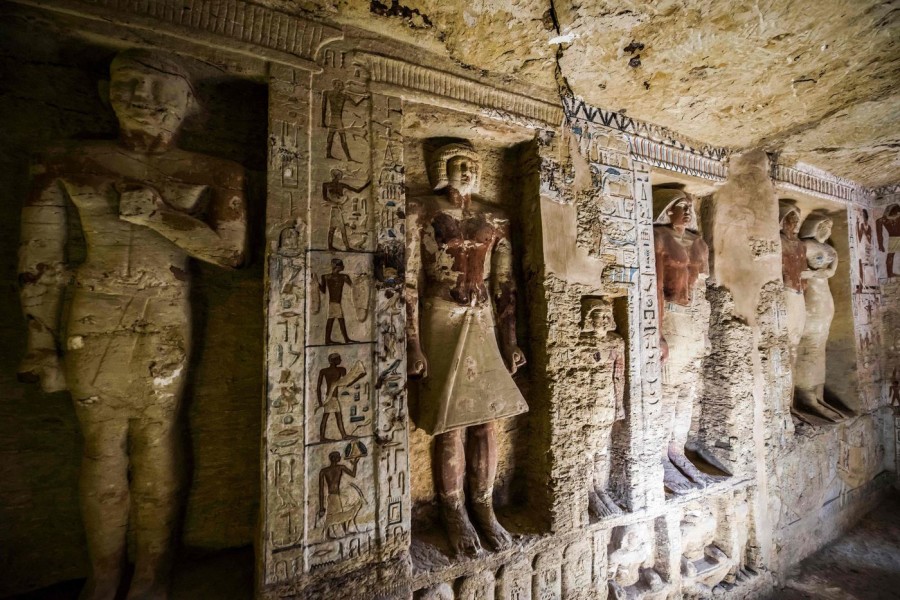 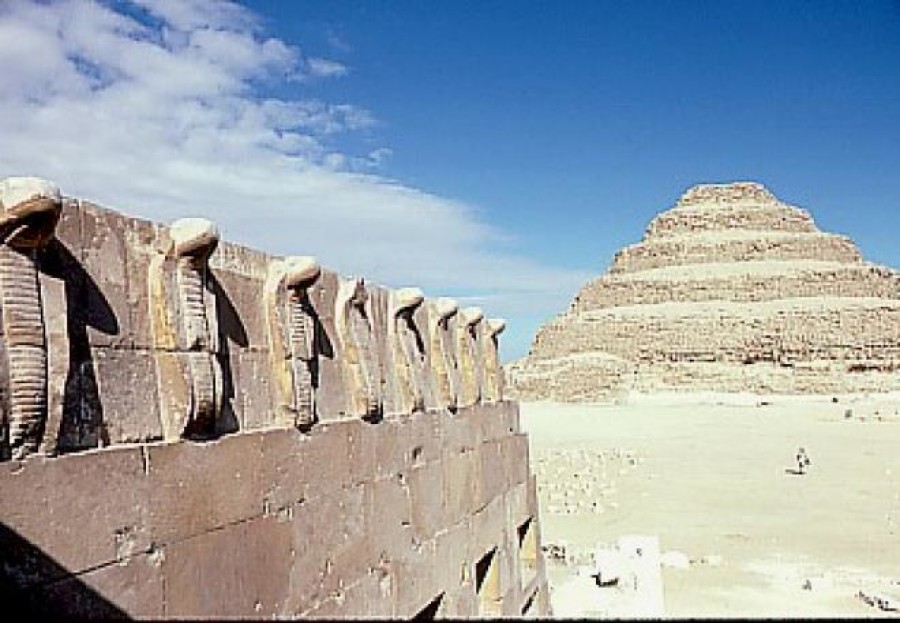 Saqqara is the largest and oldest cemetery in the Nile country and the majority of tourists link it only with the step pyramid of Zoser, but really it is not fair. Saqqara contains 15 pyramids, the famous mastabas, tombs from 3rd millennium B.C. up to the VI century A D. graves of oxen, cows, jackals, dogs, cats and even beetles!!!, As well as a museum built in honor of Imhotep as the icon of Pharaonic architecture, it contains masterpieces reveal the development of the stone carving

After breakfast, you will be accompanied by your professional tour guide in an air-conditioned vehicle to the necropolis of Saqqara to visit

The Mastaba of Meriroka 2340 B.C. is the largest of the Old Kingdom tombs and reflects his position during the reign of Teti in Dynasty VI. His titles are, Inspector of Priests ‘Chief Justice and Vizier,’, ‘Scribe of the Divine Books'. Also, he was the husband of the King’s eldest daughter, the tomb, was excavated in 1892 by Jack de Morgan, is famous for its fine reliefs of many aspects of daily life and customs of the Old Kingdom.

The step pyramid complex of king  Zoser  2700 B.C. This is one of the places where the challenging experiment of copying natural materials in stone is most evident. It is the first stone pyramid, built for a king of Dynasty III The pyramid structure rises above the plateau in a series of six stepped ‘mastabas" and was built in several stages, beginning with an initial square mastaba and that its plan was changed several times during construction and finally was surrounded by a complex of dummy buildings enclosed within a niche limestone wall over 10 m high. The burial chamber has been closed for restoration for decades but recently was opened

The funerary complex of king Unas 2600 B.C. from the V dynasty the inscriptions, known as the Pyramid Texts, were carved for the first time on the walls of its burial chamber.  These Texts are the oldest large corpus of religious writing known from Ancient Egypt. A total of 283 such spells, appear in Unas's pyramid. The spells are the smallest and best-preserved collection of Pyramid Texts known from the Old Kingdom.

The Mastaba of the two brothers  2500 B.C., Overseer of Manicurists of the Great House  It dates to mid-Dynasty V,  the reign of Niuserre  discovered by Ahmed Moussa in 1964, is one of the  most beautifully decorated tombs in the Saqqara necropolis. ’ and is unique in its depictions of the two men appearing together throughout the tomb in intimate embrace. Much has been made of these scenes and the relationship between the owners is still unclear.

The Mastaba of Mihu  2340 B.C, from the   Dynasty VI, during the reign of Pepy I, and it is considered one of the most colorful and exquisite reliefs of the whole necropolis. Discovered 1940 and has been closed nearly since its discovery but now is opened decorated with scenes of trapping birds with nets, mending the nets and preparing food for the birds, hunting and fishing scenes.

The Mastaba of the butchers 2600B.C. belongs to Irukaptah ‘Master Butcher of the Great House, considered a unique tomb containing fourteen status, the statues are painted – the colors still brightly preserved, with red-brown skin and yellow kilts it was named so because of the famous butchering scenes.

The cemetery of the Apis bulls called Serapeum 700 BC discovered by. Auguste Mariette   1851 consisted of a long gallery containing a large side-chambers containing 20 huge granite sarcophagi, each weighing between 60 and 80 tones from Dynasty XXVI to the Ptolemaic Period. Except one sarcophagus, all the sarcophagi found in this gallery had been robbed in antiquity and were found empty.

The museum of Imhotep opened at Saqqara 2006, named after Imhotep who is credited as the great architect of the Step Pyramid spacious and with many well-lit objects beautifully displayed. In the entrance, there is a library dedicated to the Egyptologist Jean-Philippe Lauer, who worked at Saqqara for much of his life, restoring many of the monuments we see there today was considered a vivid image of archaeology.

Lunch in a local restaurant and then you continue the visit to the group of pyramids at Dahshour where you can visit the Red Pyramid 2700B aC. of king Senfru dynasty IV, called so, due to  the color of limestone used in constructing the pyramid’s core, its casing of white limestone is now completely missing It is 220 length and 104 Hight The entrance  is on the northern side of the pyramid leads to three chambers  the second chamber coincides with the vertical axis of the structure.about4 km to the south is the Bent Pyramid recently opened for visitors and popularly called  the Devil's  Mouth since it is very difficult to reach its burial chamber

Children, less than 12 years will pay the cost of domestic flights if tour includes it.

NB: In case of pick up from Heliopolis, the Fifth Settlement, or 06th of October Areas, there is supplement $ 10 per person.Shopping tours in Cairo.

2-The temperature of the guests will be measured daily, excluding those maintaining in quarantine and display fever or symptoms, those with a temperature of more than 37 degrees Celsius(99Fahhrenheite) will be fully refunded.

4-Disinfection gel and Alcohol will be available before, during and after the service moreover the transportation will be cleaned very well by disinfection solutions before and after each service..

Cairo over night from Sharm El- Sheikh by car

From Hurghada Airport to Hurghada City

Saqqara" combo"/ Dahshour
Contact Us
Got a question ? We'd love to hear from you. Send us a message and we'll respond as soon as possible
Success
Your message was successfully sent. We will contact you shortly